In this project we wanted to reinvent the costume and the setting of the Snow White fairy tale, trying to recreate them with a modern interpretation.

How and when an apple has become such a dangerous fruit?

We use to think of it as the symbol of the Christian original sin or at least as an wicked queen “mortal weapon”. It seems that the women in particular should fear the evil fruit. Or so they say.

Before the sin, before the poison, there was and there is something else; there were and there are the knowledge and the power.

Above all the apple was the symbol of free choice, and also the emblem of the independence and the faith in others people of an orfan princess.

So here the knowledge apple, wisdom of the world and of ourselves: the one we should love, desire and crave. This project wants to infuse all these believes, hoping to inspire new ones.

“So here the knowledge apple, the one we should love, desire and crave” 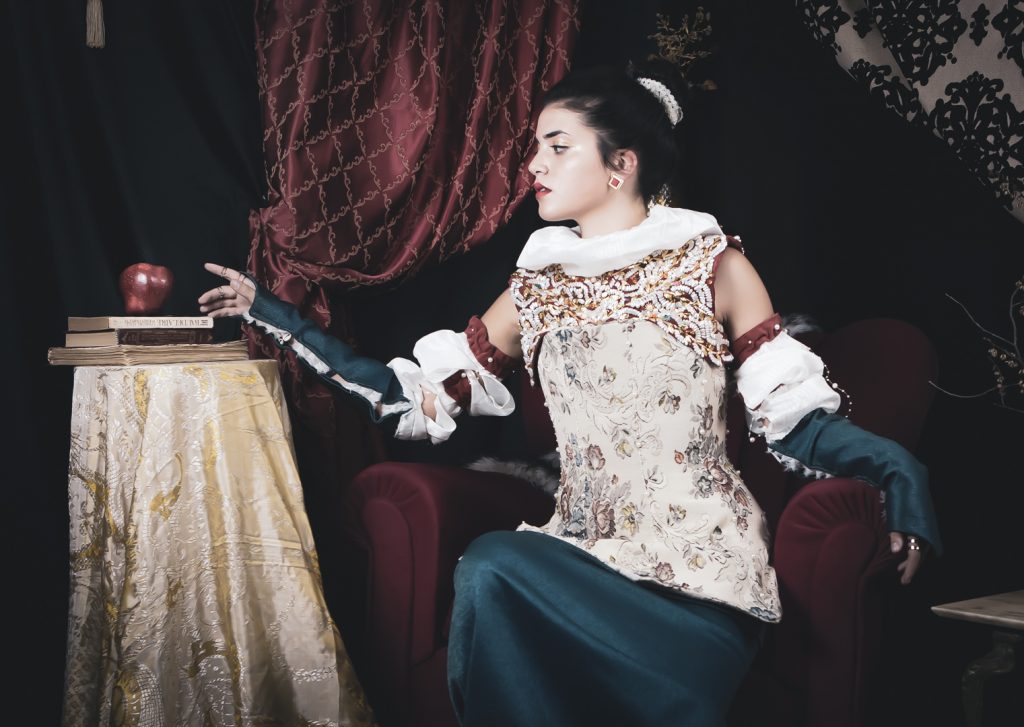 We are a multidisciplinary  studio